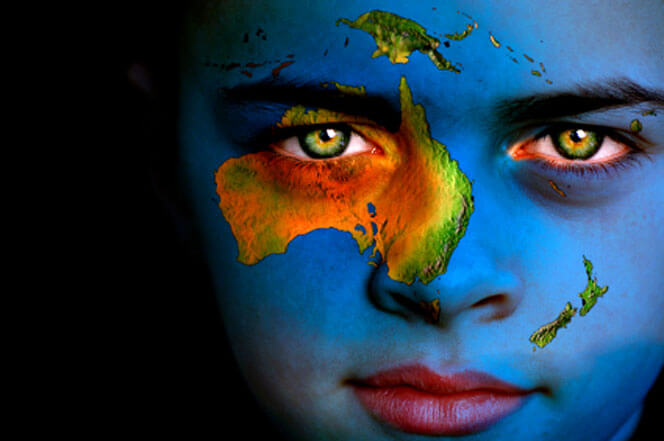 The psychic predictions I share about climate change have resulted in my customers wanting to understand the relationship between energy and the spiritual intent of the Law of Attraction.

The Law of Attraction

Depending on which Law of Attraction principles you follow, you might come across a law which states: ethereal energy can manifest anything you desire - as you think, so you create. According to this interpretation of the Law of Attraction, if you want to become a billionaire you can manifest energy to attract unlimited wealth around you.

But the unlimited potential to manifest all of our heart's desires has to take into consideration more than our own individual needs. Any individual or collective desires that do not take into account all of the energy on our Earth, are creating an imbalance. We don't have thousands of planets to frequent on this plane of existence, therefore we have to work within the energetic vibrational frequency of a spiritual life on just one planet, Earth.

If the Law of Attraction is interpreted in this way, it comes into real conflict with the energetic vibrational frequencies of our planet. Energetically Gaia provides for our every living need, but our Earth isn't energetically capable of creating more and more resources for the human population. This means the Law of Attraction needs a sense of balance in the teachings.

Any individual or collective desires that do not take into account all of the energy on our Earth, are creating an imbalance.
Is there a sense of balance in this interpretation of the Law of Attraction?

This version of the spiritual energy of intent would be fine if the teachers and students could actually demonstrate the ability to alter the vibrational frequency of nature just by wishing it so, but they can't.

One way of demonstrating that this version of the Law of Attraction collective energy can alter or change nature, would be to stop the Arctic ice melting due to 400ppm+ carbon dioxide being released into our atmosphere, by simply willing it to happen.

Everyone who follows the Law of Attraction should be able to cooperatively and/or accumulatively use the spiritual energy of intent to stop the changes in nature that are presently threatening our existence on our planet. We should be able to use the spiritual energy of intent to stop world hunger and wars but none of this is happening. The attention of the majority of Law of Attraction teachers isn't on Oneness. The attention is instead on selfishly tuning into the energy of Me. I want more, I need more, I deserve more.

As You Sow, So Shall You Reap

There are millions of people following the principles of Law of Attraction. Teachers should be sharing with their students: As you sow, so shall you reap. Now this is a real law, but many Law of Attraction teachers have turned the law around to suit themselves, rather than what the Universal principle really stands for.

The Law of Attraction is the Karmic Law - The Law of Cause and Effect. It guides that our every thought will attract life experiences towards us to learn from. The harmony of our energetic aura will create the major lessons we need to learn. But this law has been altered to get people to believe they can energetically manifest untold wealth and have their every material need met.

How is that working out for us in the world right now?

We can see there is such a level of selfishness and greed that there are huge energetic imbalances. Any billionaires who keep following this principle are destroying the planet we live on and they are separated from the higher good. The failure of these individuals to have a connection to our natural earth is disturbing.

Perhaps they think they've been given the right to trash the Earth in one of the most widely misunderstood verses in the Bible:

Genesis 1:28 - "And God blessed them, and God said unto them, Be fruitful, and multiply, and replenish the earth, and subdue it: and have dominion over the fish of the sea, and over the fowl of the air, and over every living thing that moveth upon the earth."

But just as the Bible says we must love our neighbour and treat them well, so must we also treat God's creation well and not suppress or vanquish it.

The Bible's own interperation of Genesis 1:28 is found in Genesis 2:15 - "And the LORD God took the man, and put him into the garden of Eden to dress it and to keep it." In other words, to look after it.

Nowhere in the Bible does it say that the Garden of Eden or the Earth was meant to be trashed and misused as we are now doing. According to the Bible, we are meant to be stewards of the Earth, looking after God's creation, not destroying it for personal gain without regard for others.

The Bible calls people who act without regard for others, "the fat and the strong" and says that their karma will catch up with them:

Ezekiel 34:3 - You eat the fat, and you clothe yourselves with the wool, you kill them that are fed: but you feed not the flock.

Ezekiel 34:16 - "I will seek what was lost and bring back what was driven away, bind up the broken and strengthen what was sick; but I will destroy the fat and the strong, and feed them in judgment."

The individual who continues to use our natural resources for their own gain, isn't following the alchemy Law of Attraction that recognizes the Oneness of nature, our environment and our elements.

The Energy of Greed

Therefore they have not taken into consideration the natural laws of nature, and instead, they have attempted to mould the law of intent to suit their own wishful teachings.

As a result we have accentuated the energy of greed. Individuals who desire more and more from our planet's resources are failing to work within the principles of nature, and the law of exchange has been lost.

The Energy of Oneness

This means that when I use the energy of intent, I am connecting to all consciousness and not just thinking of my own individual needs. If I know everything around me resonates with a consciousness similar to my own, I will cause no harm to the environment and my home. I would know that my energy resonates with the energy of the Earth and the elements, and therefore needs to be harmonized.

The false Law of Attraction ideas that concentrate on self without taking into account all the other selfs and all the other animals and things in existence on this planet, are failing to see the direct relationship between All that Is. The potential that we have to create, must take into account everything that is energetically around us. 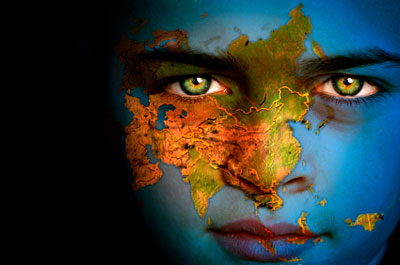 Universal consciousness is unconditional. This means that we end up collectively creating a world that is out of balance simply because we desire the resources for our individual needs.

The selfish version of the Law of Attraction teachings won't allow us to avoid the consequences of failing to take the natural laws into consideration. This is what is happening at the moment with more carbon being released into our atmosphere than at any time in the last 650,000 years. The 400ppm is increasing because we're not working within the natural laws of creation. As a result we are experiencing climate change and extreme weather.

This is destroying our planet as we know it now. Your thoughts coincide with our blue planet and the choices you make are determining the life that will exist within the next few years or the next one hundred years.

Law of Attraction will create the life we live on Earth. If people think they have the ability to energetically alter the Earth's fabric by willing it or praying it so, they better begin to do it now. In fact, the abuse of the Universal Law of Attraction is altering the energetic structure of our Arctic magnetic field.

Religious doctrines share many useful parables that allow us to understand the relevance of nature. In the Christian bible story about Noahs Ark, two of all animals were placed in the Ark to be saved from the onslaught of great floods. It was a cleansing that took place to remove the discordant energies from our planet.

Our Earth is changing her energetic structure in our lifetime. The cleansing that is taking place isn't going to single out people who selfishly practice Law of Attraction for their own needs. Everyone, whether they follow a spiritual calling or are an atheist, is about to experience the Earth changes that we have created.

It is up to each individual to begin to see past the teacher's interpretation and to ask their higher self whether they resonate with this knowing.